School Canceled in Albuquerque Due to a Ransomware Incident 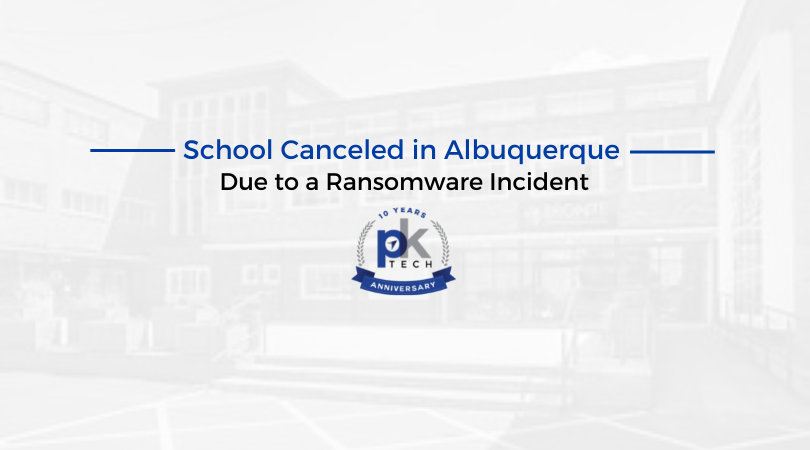 While the kids may have been jumping for joy, Albuquerque school officials were less than thrilled to shut down schools following a ransomware incident (source). The school plans to remain closed while the county investigates a ransomware attack that is said to have compromised student information, attendance records, family emergency contacts, and authorized pickup data. The school was initially shut down for Thursday and Friday as a precaution but remains closed while the investigation continues.

Much to the kids’ excitement, athletic activities and extracurricular activities continued even while school was shut down. Resources such as free hot meals and daycare are available through the Boys and Girls Club and the Roadrunner Food Bank Food Assistance Line.

The attack was discovered when teachers tried to log in to the student information system but realized they could not gain access to the site.

The Albuquerque school system is working with national and local law enforcement and cyber specialists to attempt to resolve the issue as quickly as possible, protect their network and limit future exposure from the attack. Unfortunately, the district did not have cyber insurance before the attack. The number one goal of law enforcement is to create a safe environment for students and teachers to return to school.

The Albuquerque school district ransomware attack follows a trend of government agencies falling victim to ransomware. While big businesses used to hold the money for cyber actors, organizations (such as Albuquerque schools) that don’t carry cyber insurance can sometimes prove to be just as lucrative. Additionally, with more cyber actors on the scene, the ransomware attack landscape may extend as more malicious actors are in action.

If you think your organization has been a victim of an attack, contact your insurance company and then your MSP or PK Tech immediately. Don’t pay ransom demands without speaking to an IT expert first. If we can help, get in touch with PK Tech here.