Ransomware Attack Has Grave Effects Beyond Just Financial Ones 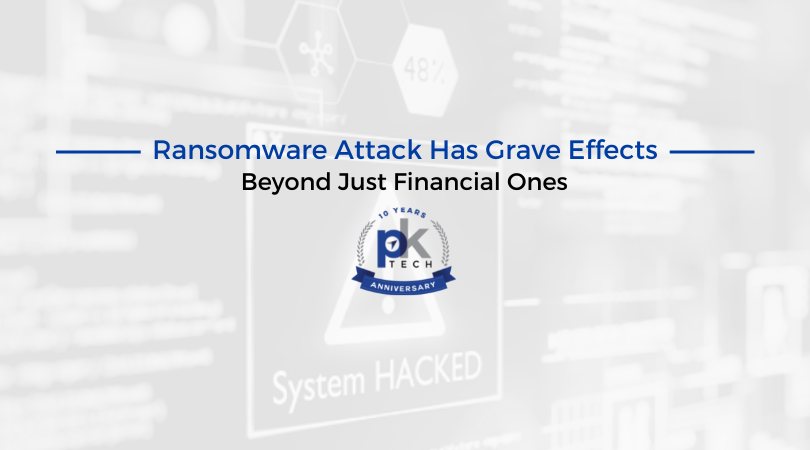 It was recently reported that a cyberattack on an Alabama hospital was linked to the first alleged ransomware death, tragically of a child. The Wall Street Journal reported on it here.

It’s no mystery that when ransomware attacks hit, they can often affect an organization at every level. In this case, the hospital was without a fully functioning computer system for almost eight days in the fallout of the ransomware attack. This meant suspended access to patient records, electronic equipment to monitor fetal heartbeats, and more critical data and equipment.

We are often asked, what is the full effect of a ransomware attack? The answer is complicated, but in the case of this Alabama hospital, the effects were more than just financial and resulted in the loss of life. When an Alabama woman went to the hospital to deliver her baby, she was not informed the hospital was undergoing a ransomware attack. When her child was born, the umbilical cord was wrapped around its neck, resulting in severe brain damage and death nine days later. In retrospect, her OB-GYN admitted that had she had access to the monitor readout (suspended use due to the ransomware attack), she would have had the information necessary to decide on doing a cesarean section delivery. Instead, they did not have this information, and the baby was delivered normally, where the umbilical cord location was detrimental to the baby’s health.

In a world where we are heavily informed and controlled by technology, a loss of technological access due to a ransomware attack has severe financial effects, and more in this case.

And in this case, it’s a tricky situation. Is the hospital to blame for the lack of access to the fetal monitor? Or is all of the blame placed on the cyber attackers? Either way, one horrible truth remains: a child’s life was lost as a result.

The mother of the deceased baby is suing the hospital, while the hospital denies any wrongdoing.

We have touched extensively on the economic effects of ransomware and the importance of maintaining the utmost IT security standards to protect your organization. As the prevalence of ransomware grows, and as a wider variety of industries are affected, this is likely not the last time we will see the effects of ransomware extend beyond those of financial ramifications.

It’s more important than ever to make sure your organization maintains solid IT infrastructure, works with a qualified IT security team, invests in cyber insurance (more on that here), and educates employees on the warning signs and risks of ransomware. Many attacks are preventable with the appropriate precautions. Get in touch with PK Tech if we can support your organization in your IT security efforts.