Why Does Windows 10 Pro Come with an “Xbox App” and How Do You Remove It? 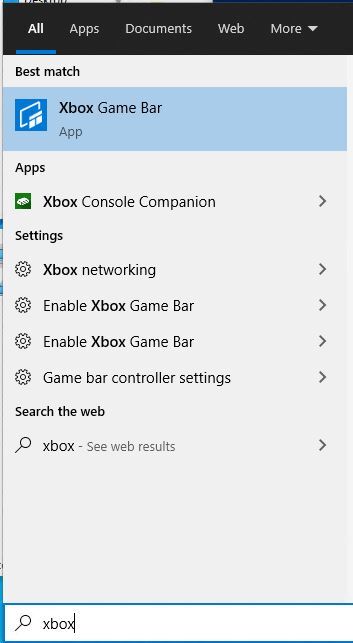 Amazingly, Windows 10 Professional out of the box comes with a bunch of useless consumer-grade Apps. Specifically, we’re talking about the “Xbox Game Bar”, “Xbox Live”, and “Xbox Console Companion” Apps. If you’d like to see what we’re talking about, click start and type Xbox to search, it should look like the picture on the right.

As an IT Company that only supports businesses for over ten years, we ask -- why the heck is this stuff installed on every Windows 10 Professional computer? Multi-thousand dollar business workstations bought for business use are coming with Xbox bloatware installed?

Unfortunately, it’s true. Microsoft is a trillion-dollar company with many brands, and they can get away with anything. In this blog, we have previously said that Microsoft doesn’t even test Windows Updates thoroughly and relies on crowdsourcing for free quality assurance testing. This is why we advocate that all businesses need managed updates.

Back to the subject -- we’ll share how to remove Xbox Apps from your business workstation that shouldn’t have come with it in the first place.

How to remove Xbox Apps from your Windows 10 Pro computer

Note: while you can remove these Apps via PowerShell, know that when you’re required to apply a major build update (because Microsoft’s Windows 10 lifecycle ends support for old builds), Microsoft will happily re-push its default Apps to you because your employees need to have that Xbox App to complete their work (per the Xbox division at Microsoft).

To remove the Xbox bloatware Apps, open PowerShell as Administrator by hitting Windows Key + X and selecting Windows PowerShell Admin. Copy and paste the below command in (paste is right-clicking inside the PowerShell window) and hit enter. We do not take any responsibility for what may happen to your system, use at your own risk.

You will see errors in red, because there are over seven Apps with Xbox in the name and some are part of the Windows Operating System
(because of course they are) and cannot be easily removed. After a minute or two, your Windows 10 Pro workstation will be “De-Xboxed” for the most part for now.

What’s the long term solution? You could automate a PowerShell script to do this on login via Group Policy (or use a canned script that removes a bunch of other bloatware via Windows10Debloater), or use an enterprise solution like Microsoft AppLocker to have more control over Microsoft App Store, or do what Microsoft hopes everyone will do, which is to let these Apps live on every Windows 10 computer on the planet and hope your employees won’t click on them.